Entertainment and Culture in Berlin

Home Entertainment and Culture in Berlin

Berlin is a great city for entertainment and cultural activities with events taking place all the time throughout the year. Of course summer and generally sunny days are the best since most of the outdoors activities happen then (e.g. festivals, beach bars, etc.) but you’d be surprised by how much fun you can have during the tough winters, too.

So let’s start with places where you can go to see movies! As you might have already guessed, most of the movie theaters in Germany screen the movies in German. However, some of them also screen them in the original language and a few even screen the movies exclusively in the original language (with subtitles of course). But watching movies in German might come in quite useful when you are looking for ways to improve your German skills. Cinemas are located all over the city, but the biggest ones (that offer a wider variety of options) will be shortly introduced in this post. Filmpalast (in the West) and Colosseum (in the East) are two very fine cinemas for a luxurious movie experience.

If you are not sure what genre to go for or feel like trying something new, then go to ACUD, a complex providing cinema, theatre, gallery, and the Calabash club right in Mitte. Their cinema program consists mostly of independent and low-budget films.

For the major releases in their original language (mostly English) and a central location,CineStar Sony Center is the choice right at Potsdamer Strasse. Also located here is Arsenal, Berlin’s cinematheque for a rather eclectic movie offer ranging from new Hollywood movies to other contemporary productions from all over the world.

There are also several charming neighborhood cinemas, most of them with quite a history, likeBabylon Mitte, focused on new German independent productions, Babylon Kreuzberg, a former Turkish cinema screening a very diverse program, and Odeon in Schöneberg.

Lastly, Berlin has also a dedicated gay cinema, which is a multiple award-winner for children movie screenings: It’s called Xenon and is located in Schöneberg. 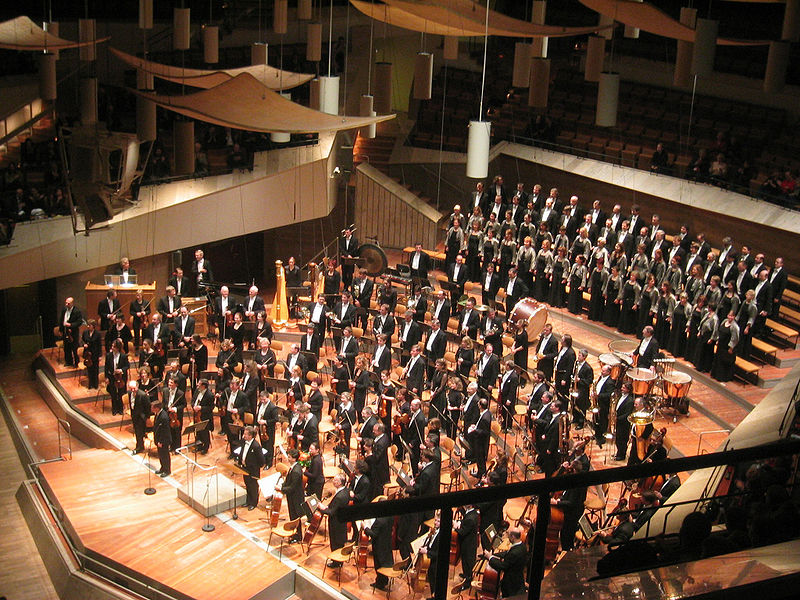 Now when it comes to theater plays, the Deutsches Theater has a vast repertoire, which includes performances with English subtitles. Plays in english are given at the English Theater Berlin.

For classical music performances and other musical experiences, the Berliner Philharmonie andKonzerthaus are the perfect options due to their great locations and fantastic acoustic of the concert halls, on top of the distinguished program.

Finally, the Staatsballett Berlin has an outstanding classical repertoire and also shows great neoclassical works, like most recently a co-production with the Berghain.

Yet another way to spend an enjoyable evening in Berlin is at a cabaret performance. Admiralpalast has an extensive program and a history dating back to 1873, and almost every Kiez has its smaller, but nontheless charming alternatives, such as BKA Theater in Kreuzberg, Café Theater Schalotte in Charlottenburg or Chamaleon in Mitte.

But the great thing that comes once the first summer days greet Berlin, is the season of festivals. Streets of Berlin are then flooded by parades, festivities, colors and a lot of fun. Out of the many festivals during the summer, you should check out the Wine Festival at Rüdesheimer Platz or the Carnival of Cultures, which takes place this weekend!

To conclude, there is absolutely something for everyone in Berlin! We are looking forward to hearing your experiences and suggestions for your fellow GLOBALS community members on how and where to go out in Berlin.