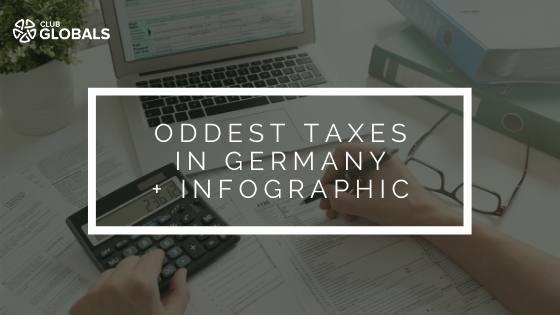 Taxes are complicated, especially when you examine them in geographical, cultural, political, religious and social contexts. Fortunly notes that there is always logic behind each country’s tax policies, no matter how irrational they might seem initially.

For instance, Brunei maintains a zero-taxation system, for it is oil-rich enough not to rely on its residents’ incomes to fund government spending.

Eritrea, on the other hand, observes citizenship-based taxation to generate as much revenue as possible. This way, the African state can mandate that all of its people must contribute to the nation’s coffers whatever part of the world they live in.

When moving to a new country, understanding its tax policies can be an effective way to comprehend its society. Sometimes, taxes speak volumes about what a jurisdiction perceives as negative but is willing to tolerate for the right price.

More often than not, a territory has its own share of strange taxes that raise a lot of foreign (and even local) eyebrows. Germany is a shining example.

In Germany, having pets is not illegal. However, residents must pay the government if they are to own dogs. Canine family members must be licensed, so they can be taxed accordingly. Pet owners are charged per animal; the more dogs you have, the higher tax you need to pay.

Dog taxes used to be more common in the past. Most countries abolished them in the 20th century, though. Germany is unlikely to scrap its old-fashioned household-dog tax policy any time soon, for it is a multi-million-euro source of government revenue.

Tax officials treat sex workers in Germany like ordinary professionals. However, some jurisdictions had to be more creative to collect fees from freelancers in the prostitution industry.

A good case in point is Bonn’s move to turn red-light districts into toll roads. Each prostitute must pay €6 to make a living in a metered area.

Most countries want to make clean energy as affordable as possible to set the stage for mass adoption. Germany, however, is capitalizing on its position as a global leader in renewable energy generation to raise billions of funds earmarked for green investments.

German consumers generally consider paying the extra cost of clean electricity as a moral obligation to help conserve the environment. Thanks to the collective effort of its taxpayers, the country was able to earn more than €1.8 billion in renewable energy export revenues.

Possession (or Non-Possession) of a Radio and/or a Television

Since the ‘70s, the overhead of state-run media networks in Germany used to get financed by any resident who owns a radio or a television in the country.

The rules, however, were changed in 2013. Now, the authorities levy the tax on a “per household” basis. The amendment instigated civil unrest, but the government did not bulge and even sent some protesters to prison.

Some taxes in Germany may be hard to swallow for expats, but it is imperative to know which ones you likely have to pay, how to legally avoid them and what the possible implications are. Seek expert advice to find out whether your religion, lifestyle and others may increase your tax liability and settle in Berlin, Munich or anywhere in the country with little stress.

You can also use an online tax tool – SteuerGo – which will navigate you through the filing in process of your tax declaration and will help to secure the highest refund possible (up to 1.100€).