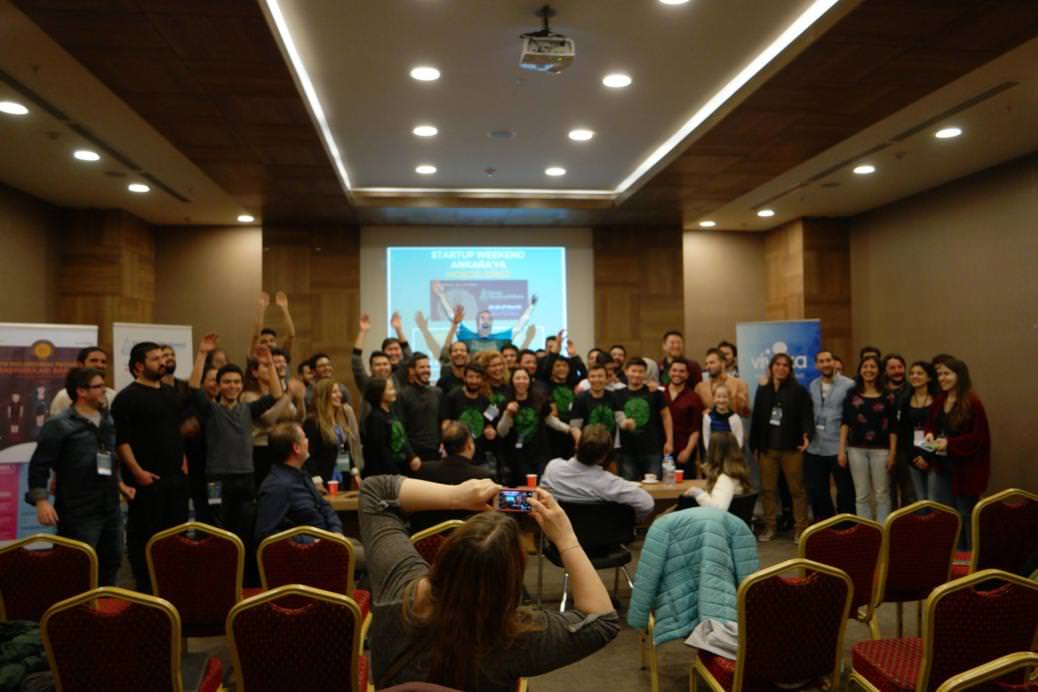 I never thought I would be doing this start-up marathon but there I was.

My friends insisted and I decided to accept because I didn’t want to be disgraceful. The first thing I noticed when I arrived was the crowd, I still managed to find somewhere to sit. At the begining, the ideas’ owner went on stage to indroduce themsleves and pich their idea. Then, we, the public, voted to pick the best 10 ideas. The “Dorm” was the idea which really attected me the most. It was almost like I had the idea before. It was time to team up and I became the first business developer for the idea “Dorm”.

I don’t recall being involved that much in something, the training, the mentor speeches etc. During 48 hours we bearely slept, socialized and ate. however I have no regrets, on the contrary it was a great accomplishment to devlop an idea from scratch.

Jury members had poker faces, no emotions were showing. When it was our time to present all the effort and elbow grease, we weren’t nervous at all, surprisingly. The 10 minutes we were on stage felt like a couple of seconds  to me; when we finished, we recieved a round of applause.

We all knew that only the first 3 teams would be announced. The first and the third team were announced; congratulations. The Second team; oh okay, you deserved it guys. Then, we heard: “And the winning team is Dorm! You were great guys, congrats!”

Being rewarded for one’s effort is the best feeling!  That marathon meant a lot to me and that experience gave me the knowledge of what it is like to be an entrepreneur.