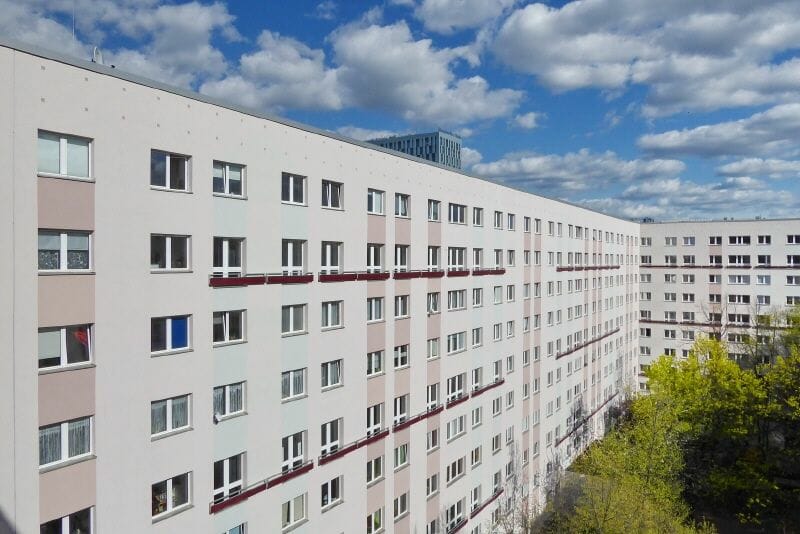 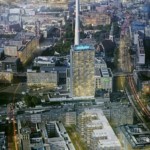 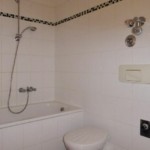 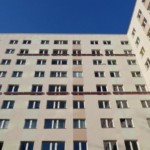 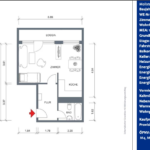 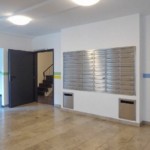 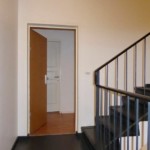 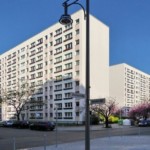 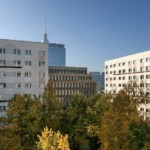 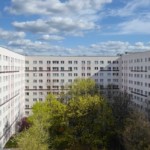 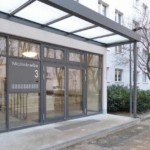 The big city on your doorstep in the middle of Mitte. This is an apartment in the quarter at Alexanderplatz! The house was built in 1966 and has been completely renovated in 1996-1997 and 2014-2016 and are in a well-kept condition. The sun-drenched 1-room apartment with efficient floor plans offer generosity and flexibility. Besides, the 10-storey residential complex with a very spacious green inner courtyard is located at  Mollstr. 3, directly adjacent to the famous Alexanderplatz.

In the Mitte district, everything that makes Berlin the capital is concentrated – from government and parliament to science and culture to gastronomy. No wonder Mitte is a sought-after place. In conclusion, anyone who secures real estate ownership here is investing in a location with bright future prospects.

This apartment of 36,54 square meters, located in the ground floor, has one corridor at the entrance which divides the house in two zones. One of them is the bathroom and the other is a big living-sleeping room. In that room you could find the bed, the kitchen and a resting-room. The flat has a completely furnished kitchen and the rest of the house is unfurnished. Moreover, the house has an extra basement.

Thus far, there has been two remodelling in the building. The first one took place between 1996 and 1997. During this period the main repair was the roof and, also, there has been a renewal of sanitary, electrical and heating systems; the entire facade (thermal insulation); the entire window elements; modernization of the lifts; and heating and hot water via cost-effective district heating. The second remodelling took place between 2014 and 2016 and it served for painting the facade, the floor corridors were upgraded and there has been a modernization of the house entrances to representative entrance areas.

Finally, the essential energy source is district heating and the final energy consumption is 99 kWh/(m²*a).

Alexanderplatz, the city centre to the east!
Berlin’s Alexanderplatz in the Mitte district traditionally represents the center of City East with the neighboring TV tower. 6 underground and S-Bahn lines, 13 tram and bus lines and the Regional Express cross here and offer perfect transport connections to the entire capital, the airport and the main train station.

Excellent shops, a wide range of culture and numerous places of interest are in the immediate vicinity. The Hackesche Markt and the Scheunenviertel, the UNESCO World Heritage Museum Island and the Humboldtforum with the future Berlin City Palace, the Gendarmenmarkt with the Schauspielhaus, the Friedrichstrasse shopping street and the Unter den Linden boulevard: you will find almost all of these highlights for visitors to Berlin in front of your future Main Gate.