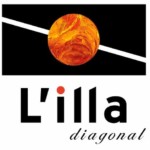 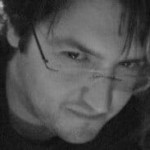 Due to its size, the complex of L’illa Diagonal was known at first as the “Superblock”: the extent of the area occupied and the impact on the city resulting from the construction of the complex, required an international consultation for ideas. The final project had to combine municipal needs concerned with street layout, the creation of free space and amenities for the district of Les Corts, with the range of private construction envisaged, for commercial, hotel and office use.

Finally, the project was awarded to the architects Rafael Moneo and Manuel de Solà-Morales. The works began in 1990 and the existing buildings were demolished; on 1 December 1993 the complex was officially opened.

L’illa Diagonal complex was the first of the half dozen office and commercial centres to be opened in Barcelona in the nineties.

On November 2006 L’illa Diagonal enlarges its commercial area in 4.000m2 with 17 new shops and a new hotel with 308 rooms. Furthermore, this enlargement has enabled to open a new pedestrian entrance to the building through Deu i Mata street.